In what has been described as a huge waste of taxpayers’ money, a primary school in Scotland has racked up a mammouth £5,000 heating bill when council workmen accidentally left an immersion heater on for nine months, leaving the local council in hot water. 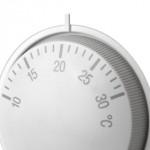 After the boiler broke down at Leith Primary School, an emergency immersion heater was brought in to heat the water. However, instead of the system being switched off once the heating was up and running again, it remained on, undetected.

While staff at the school noticed a dramatic rise in their energy bills, compared to the previous year, it wasn’t until nine months later that the reason behind the huge increase in their bills was discovered.

The council has since held its hands up to the mistake and said the school would not be held responsible for meeting the extra costs. Smart meters have now been installed at the primary school and other schools across the city to “allow accurate monitoring of energy”.

“Our central heating broke down at the school last year and someone came along and put an emergency immersion in so there was hot water,” said Elaine Ritch, chair of the school’s parent council.

“Once the heating was fixed they didn’t come back and switch off the emergency immersion. The school contacted the council and asked why our energy consumption had increased so dramatically and they were told not to worry about it,” she added. “Months were passing and nothing was done about it. This went on for nine months.”