A deadlock between the European Commission and the European heating manufacturers over the energy efficiency target set to be put in place in January 2013 has put the heating industry at a stalemate. 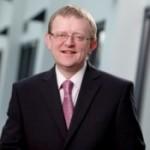 The Commission plans to introduce the new Energy using Products (EuP) Directive which includes plans that insist all boilers up to 70kW conform to a seasonal energy efficiency target of 75 per cent.

The European Commission has calculated the efficiency target using the Ecoboiler interim model - the model designed as a guideline for the development and manufacture of increasingly efficient boilers - but following UK-based tests on the best-performing efficiency oil-fired condensing boilers currently on the market, many struggled to reach the 75 per cent minimum efficiency levels demanded by the model.

Martyn Bridges, Director of Marketing and Technical Support for Worcester Bosch Group, said: "As it stands, the Ecoboiler model would, overnight, make all of the highly efficient oil-fired condensing boilers, currently available in the UK, obsolete.

"In order to comply with the Directive, as it stands, manufacturers would have to fast-track research and development and make significant extra investment which would only increase costs for installers and householders."

An alternative model has been forwarded by the European Heating Industry (EHI) with an initial boiler-only approach before adding other heating types such as solar water heating, and boiler management systems. By combining boiler and room temperature controls, passing the 75 per cent threshold is more manageable. But until a decision is made on which model will be used as the definitive judgement, the heating industry is stuck in limbo.

Bridges added: "In effect, there is a stand-off at the moment between the Commission and manufacturers.

"We, as manufacturers, believe it is possible to deliver the boiler efficiency that the Commission wants but via a different approach.

Boiler management controls can do the job, but until we get a decision on the acceptability of the proposed EHI model, we remain in limbo."