Firefighters were called to a blaze at a Toni & Guy hairdressing salon in St Albans yesterday, which resulted in the salon having to be shut down. 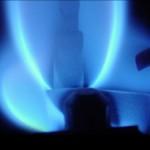 Fire damage was contained to the basement of the Chequer Street hairdressing salon just after 2pm on Wednesday afternoon, but the salon was logged with smoke, forcing staff and customers to be evacuated from the building. Neighbouring Nando’s Restaurant was also evacuated, due to spreading smoke.

A spokewoman for Toni & Guy said the salon required repainting, but was due to reopen today.

A faulty boiler part is being blamed for sparking the basement blaze.