Home » Blog » Could Microwave Boilers be the Future of Home Heating?

Rather than burning fossil fuels, the Heat Wayv microwave boiler is able to heat the home and hot water using microwaves. The same technology used by microwave ovens. As they only need electricity, Heat Wayv boilers don’t emit carbon into the atmosphere.

So, could microwave boilers play a part in the low-carbon future of home heating? 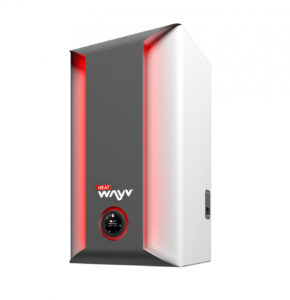 The Heat Wayv microwave boiler is currently in the prototype stage. Nonetheless, Heat Wayv believe it will be a better alternative to gas boilers than other low-carbon heating systems.

Rather than burning gas or oil, the Heat Wayv uses microwaves to heat the home and hot water. The boiler includes electrical components where a magnetron emits microwaves. Energy is then transferred to water molecules to heat up the water.

Heat Wayv co-founder, Phil Stevens told H&V News: “The end of the gas boiler is inevitable and scheduled. But the proposed replacement technologies do not work for consumers as they are either too expensive to install or too expensive to run. We looked for a clean technology where the boiler would cost the consumer the same to buy, same to install and same to run as a gas boiler.”

If Heat Wayv microwave boilers are fitted into homes, they could offer a number of benefits:

Microwave boilers hold so much promise but as with any heating system, there are some potential downsides.

The biggest problem – from a homeowner’s point of view – is the price of electricity. Electricity can cost up to 5 times more than natural gas. So, after the installation of a microwave boiler, a home’s energy bills will likely shoot up.

Then there’s an argument to be made against electricity as a low-carbon fuel for home heating. The boiler itself won’t emit carbon but generating electricity often does. For a microwave boiler to be a truly low-carbon heating system, the electricity must be powered by green electricity. The good news is that renewable electricity generation is on the rise.

As a final point, microwave boilers would need a lot of power. This would mean upgrading the wiring in many homes. And as electricity can be 4-5 times more expensive than natural gas, homeowners might not be too keen on the idea.

When will the Heat Wayv hit the market?

Heat Wayv microwave boilers are still very much in the prototype stage.

The earliest we can hope to see Heat Wayv boilers on sale is 2024. For this to be possible, trials in real homes – currently planned for the end of 2022 – will have to be a success.

So we have some waiting to do to find out how big of a role the microwave boiler will play in lowering carbon emissions from home heating. 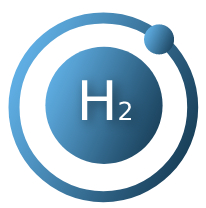 When it comes to replacing gas boilers, hydrogen has been landing most of the headlines. A boiler that burns hydrogen doesn’t emit carbon into the atmosphere. So, with that in mind, hydrogen has a strong case for being part of the future of home heating.

However, hydrogen production is costly and can emit carbon. One method – known as electrolysis – uses electrical currents to separate water into hydrogen and oxygen. If the electricity comes from a renewable source then you have green hydrogen.

While this would help to considerably lower carbon emissions, replacing gas boilers with electric heating systems would remove the need to produce hydrogen at all. And that renewable electricity could be delivered straight to homes and used for heating. Strengthening the case for microwave boilers.

The Future of Home Heating: Our Take on Hydrogen

As a company, we are strongly backing hydrogen to play a big role in the future of home heating. Alongside renewable heating systems, which will also have their part to play, hydrogen offers a practical route to lowering the carbon emissions from home heating. We’re committed to heating engineer […]

How to Become a Renewable Energy Installer

It’s never been more important to install heating systems to perform as efficiently as possible. Increasing the efficiency of heating systems across the UK will not only save homeowners money but also help to lower carbon emissions. These tips will help with making future installations achieve m […]

The UK government has given renewable heating installers a boost by introducing Green Homes Grants. Through the scheme, homeowners will receive government funding to cover up to two-thirds of the cost of improving the efficiency of their property. It will run between September 2020 and March 202 […]
Previous Next