Van tool theft is an ever growing concern for tradespeople up and down the UK and a new social media campaign has been launched to help fightback: #noVANber.

The main aim of the #noVANber campaign, running throughout November is to generate the 100k petition signatures required to get the issue debated in parliament, and hopefully see that the punishment for commiting the crime is increased.
The current punishment for someone found guilty of van tool theft sits at a lowly £60-£80 fine, which is nothing compared to the potential cost of replacing the tools and inability to work for the victims.
There have been many petitions in the past aiming to achieve the same outcome but have sadly never reached the 100k signatures required. This campaign has been launched by Peter Booth (@PBPlumber) to finally get the issue debated in parliament and hopefully see steps made in the fight against van crime.

The Message from PB Plumber

Peter Booth announced the campaign with a video and said: “On the 1st November, I’m starting a campaign on social media called #noVANber to take a petition to government to get the courts to take this more seriously. It’s not just criminal damage, they’re affecting our ability to work and our ability to earn a living.
“There are a lot of petitions out there but they don’t seem to be going anywhere. So on 1st November, join me, we’re going to all team together, this is going to take all of us to get some notice and hopefully get something done.”

To get the 100k signatures required, signing the petition and sharing it around will help enormously. If you want to get involved on social media, then don’t forget to include #noVANber.

Van tool theft isn’t a recent problem for tradespeople and there are some shocking statistics surrounding the crime.

These statistics show just how important the #noVANber campaign is and showing your support by signing the petition and spreading the word will help enormously.
A final point to note is that most van crimes are committed on a Thursday, see how van tool theft differs day-to-day with the table below.

Areas Most at Risk of Van Crime 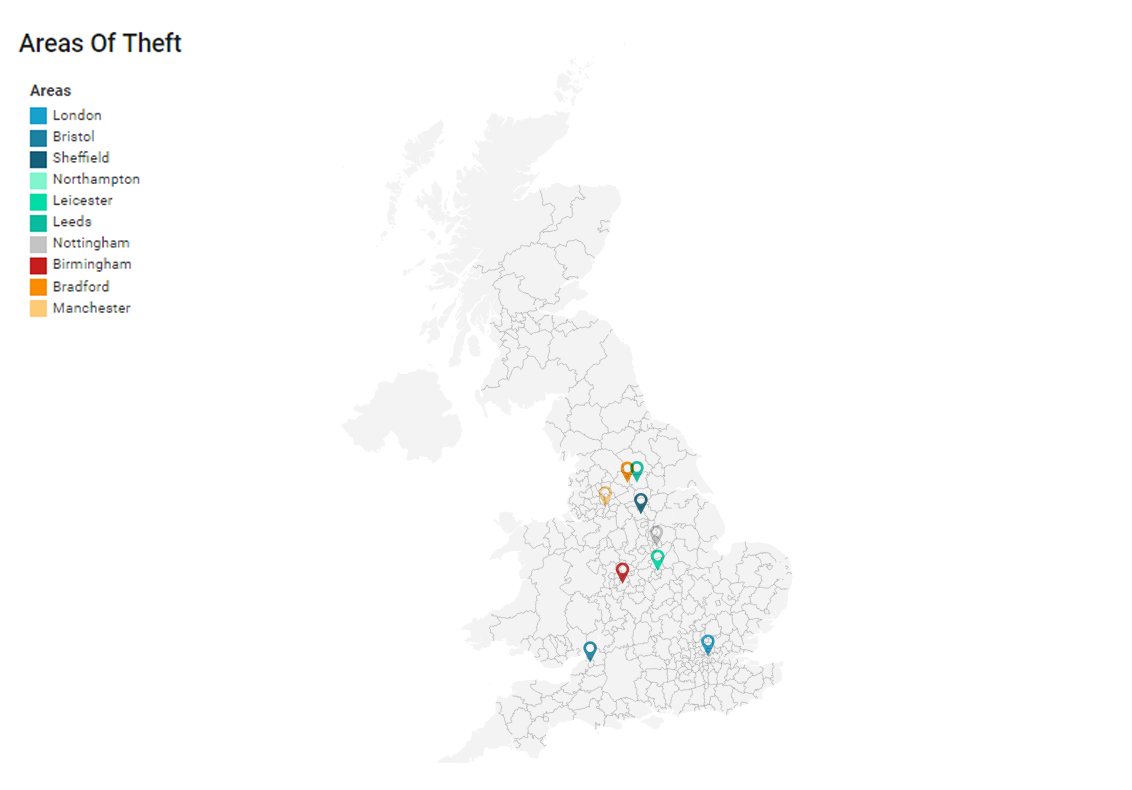 Sadly, van tool theft happens right across the UK but some areas have proved more susceptible than others over the years. Simply Business conducted some research that found the 10 areas in the UK most at risk. Take a look at the table below to find out if the area you work in made the list with the table below.

There are several things you can do to keep your tools safe and make your van less susceptible to tool theft:

Van Tool Theft: How to Keep Your Tools Safe

In the UK, a van is broken into every 23 minutes. This is a shocking statistic that shows how vulnerable tradespeople are to van tool theft. Unfortunately, van tool theft is an ever-growing problem for tradespeople. Those who fall victim not only have to replace their tools but are also left una […]

Unfortunately, van tool theft is an all too common occurrence in the UK, with tools being stolen from a van every 23 minutes. Which is why making sure that you’re covered by tool insurance is vital. Tool theft is not only an inconvenience, it prevents tradespeople from working and earning a livi […]

When you need a new tool it’s easier than ever to order online right there and then, but have you thought about the benefits of paying a visit to your local independent tool supplier? Not only does being surrounded by tools help you to make a more educated purchase than through a phone, you can […]

As a plumber, it’s important that you’re covered by the right insurance. While you’ll find that not all forms of insurance are legal requirements, that doesn’t make them any less essential. Taking out the right plumber insurance could save you from having to make a payout with your own money. We […]
Previous Next