How to Find the Cause of a Noisy Boiler

While it's normal to hear some noise from your boiler, an increasingly noisy boiler is a surefire sign of a problem. If you've noticed new and strange boiler noises, you need to act.

In most cases, a noisy boiler has a fault which must be repaired. Ignore this noise and it could lead to bigger, more expensive problems down the line.

Whatever boiler noise it is that you're hearing, you'll find the possible cause with our guide to boiler noises.

Why is my boiler so noisy?

There are a number of reasons boiler noises, and the cause can often be found by the type of noise being made. Take a look at common boiler noises in the table below to identify as it may help you to work what the problem is and will be one step closer to a quieter boiler. 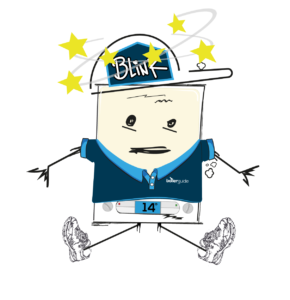 Too much air in the system is the most common cause of a gurgling boiler. It can act as a blockage, preventing the hot water from circulating around the heating system effectively. This will lead to cold radiators so if you've noticed that the rooms in your home aren't heating up properly, as well as gurgling, air in the system is likely to be the cause.

Fortunately, releasing air from the heating system is a fairly straightforward process. All you'll need to do is go around your home bleeding the radiators.

High boiler pressure is likely to be the cause of a humming boiler. Your boiler must be set to an appropriate pressure otherwise it won't be running effectively. Generally speaking, boiler pressure should be at around 1.5bar but you should check the guidelines for your specific boiler. You can check this on your boiler's pressure gauge.

Should the boiler pressure match the manufacturer's guidelines then the humming could be caused by the pump. The pump pushes the hot water around the heating system so that it can get to the radiators around the home. Multiple speed central heating pumps have 3 speed settings and if yours is set too high then you could have a noisy boiler.

However, before turning the speed setting down, contact the heating engineer who installed your boiler. The pump could be set to high for a reason.

A whistling noise – quite like an old-fashioned kettle boiling – is caused by an issue known as kettling. This is caused by limescale building up on the heat exchanger, the part of the boiler which transfers heat from the gas to the water that will be circulating around the radiators.

This isn't an issue that you can resolve yourself. You'll need a professional heating engineer to perform a powerflush which will clear away all the limescale and other bits of debris.

A more long term solution would be to have a magnetic filter fitted. The magnetic filter will collect any sludge, debris and limescale before it has a chance to build-up. Not only will this help to prevent your heating system from kettling but make it more efficient and extend its life too.

Vibrating noises from a boiler can be hard to pindown. If your boiler was only installed recently then it may have been fitted poorly to the wall. To solve this, the brackets will need to be tightened by a Gas Safe registered engineer.

Alternatively, the vibrations could be caused by loose parts or components that are open and need closing.

If these issues aren't the problem then the central heating pump (that circulates water through the system) might be set too fast for your home.

Similar to vibration noises, tapping boiler noises can be the result of loose or poorly fitted parts. To stop the tapping noise, the part will need to be tightened.

As with many of the noisy boiler sounds, tapping could be caused by a build-up of limescale and sludge on the heat exchanger.

Trapped air is the culprit of many different sounds from noisy boilers and it's no different when it comes to banging noises. You'll be able to free air from your heating system by bleeding the radiators.

Worst case scenario, large bubbles could be popping as a result of the heat exchanger being blocked.

A dripping noise is a surefire sign that there's a leak somewhere around the heating system. You shouldn't ignore even the smallest of leaks. After all, it will only get worse if left.

Have a read through Why Is My Boiler Leaking Water? for more information.

Most common cause of a noisy boiler

Kettling is the most likely cause of a noisy boiler. The noises will resemble the whistling a kettle makes when it's boiling, hence the name.

This is the result of sludge, limescale and other debris building up on the heat exchanger. As we mentioned earlier, one way to resolve this is with a powerflush, that clears out any debris in the system.

However, kettling is something that can be prevented by fitting a magnetic filter to your heating system.

More causes of a noisy boiler

You could have a noisy boiler for a number of reasons – as we've already seen. Here are a few more possible causes of a noisy boiler.

If you can hear a dripping noise coming from your boiler, and the water pressure isn't too high, then the likelihood is that certain components of your boiler are wearing down. This is normally because the boiler has been heating your home for a number of years and might be close to heating its last radiator. At this point, you might want to consider a new boiler rather than just replacing the faulty component.

NEVER ignore even the slightest leak anywhere around your heating system. If left, it will only get worse, potentially causing damage to the heating system and your home.

Having your thermostat set too high can cause your boiler to make more noise than normal. This can be easily resolved by turning the thermostat down. However, if you end up having to choose between a warm home or a quiet one then you should contact a Gas Safe registered engineer.

It's worth checking that your boiler's pressure hasn't dropped too low by looking at the pressure gauge. The needle should be between 1 and 2 bar but check the manufacturer's guidelines for your specific boiler. If the pressure is too low (or even too high) then you will need to repressurise your boiler.

Condensate pipes are fitted to condensing boilers and waste acidic water away from the boiler and down a drain. As they're located outside, they can freeze over and lead to your boiler making noise. To resolve the issue, the pipe needs to be thawed which you can do by pouring warm (not boiling) water on the pipe.

Get your noisy boiler fixed today

Got a noisy boiler?


Get it sorted today – find a local engineer.