Should something go wrong with your Keston boiler, this handy guide of common Keston boiler problems will help you find out how to fix them and whether you can do so without a heating engineer. If in doubt though, always get in touch with an engineer, you can get a free boiler repair quote with our service.

After failing to ignite 5 times, some Keston boilers will display the E01 error code. The first thing to do is check the gas supply is on, if it is, then there are many possible faults that could prevent the boiler from igniting: blocked flue, blockage in the condensate pipe, insufficient gas supply, faulty fan.

How to fix ignition failure

To successfully diagnose the error, you’ll need to hire a Gas Safe registered engineer, who will then be able to repair the fault to get your boiler igniting again.

No hot water but heating works 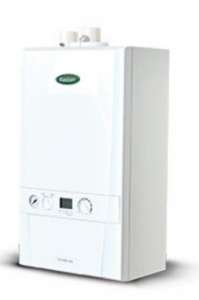 Radiators not heating up

If your radiators aren't heating up or are only heating up at the bottom then there’s a good chance that there’s too much air in the system, preventing the hot water from circulating around the radiators. To remove this excess air, the radiators need to be bled.

How to bleed a radiator

Bleeding a radiator is something you can do yourself by following our guide to bleeding radiators but don’t hesitate to contact a qualified heating engineer to do it for you if you don’t feel confident.

Low pressure needs to be increased to something more sufficient (between 1 and 2 bar), any higher than 2 and you’ll have the opposite problem as the pressure will be too high. Increasing boiler pressure is something you can do yourself by following our guide to low boiler pressure.

Loud noises from the heating system

If you're hearing a noise that resembles a kettle boiling then limescale, sludge or debris might have built-up on your boiler's heat exchanger, which is known as ‘kettling’. This buildup restricts the flow of water within the heat exchanger, causing the water to overheat, steam and make sounds similar to a kettle.

How to remove the blockage

A Gas Safe registered engineer will be able to perform a powerflush, a process that involves chemicals being circulated around the heating system, which will clear it of any debris.

Boiler pressure is too high when the needle on the pressure gauge reaches the red area. A boiler with too much pressure puts unnecessary strain on the unit and could lead to damage.

As boilers operate the pressure will increase a small amount, by around 0.3 bar, but if it’s increasing by 1 bar then the pressure release valve, designed to manage excess pressure, could be faulty.

A Gas Safe registered engineer will need to fix or replace the pressure valve if the pressure is rising a lot during operation. Alternatively, water will need to be released from the system, which will lower high pressure. You can do this yourself in the same way as bleeding a radiator, but rather than doing this for air to escape, you’re looking to release water. Ideal boiler pressure should sit at around 1.3 bar.

In the table below, we've listed the most common boiler problems and what might be causing them. Take a look to know if you'll be needing an engineer or not.

Keston boiler warranties vary depending on the model you purchase but since 1st January 2018, the standard warranty of their Combi and System boilers has been increased to 5 years. We've put together a complete guide to Keston warranties so that you know exactly what to expect.

Hire a Gas Safe engineer to carry out an annual service of your Keston boiler to keep the warranty valid and make sure the unit is running safely and efficiently.

If your boiler warranty has expired, then boiler insurance is a possible option. You can take out insurance with your energy supplier but you're absolutely no obligation to do so. When comparing insurance, the best ones will include an annual service and safety inspection, so keep an eye out for them.

Is it time to replace your Keston boiler?

If your Keston boiler has been heating your home for a number of years, then you might be thinking about getting a new one as you could be saving up to £365* a year in a detached home. Take a look at the table below to see how much you could be saving depending on your current boiler rating and property.

Figures are for England, Scotland and Wales only*.

How to find the best Keston boiler installers

Deciding who to replace your boiler can be a big decision as you want to make sure that you're getting the best deal possible. The choice here comes down to a local engineer or national company.

Local engineers can come with very competitive rates and if you like a personal service then you're likely to talk to the same person throughout. It's always a good idea to get a quote from more than 1 engineer to make sure you're getting the best deal, we recommend getting up to 3.

Branded manufacturers may be slightly more on the expensive side, you'll have big brand protection which is a huge bonus and they can offer extra service such as ongoing boiler cover.

Send us an enquiry today to receive free quotes for a new boiler and find trusted engineers near you with our free service.

Data Source: Energy Saving Trust, Heating Your Home: Boilers (2022)
*Based on replacing an old gas boiler with a condensing A-rated boiler with thermostatic radiator valves, programmer and room thermostat in a detached home. Figures are based on fuel prices as of November 2021.

Get quotes to supply and fit a new keston boiler now

Rob is another of our resident home heating experts. He manages our external partnerships, making sure you get the most up to date information.