How to Use Boiler Thermostats and Controls

Boiler thermostats and central heating controls not only make it easier to use your boiler, they can also reduce your energy bills dramatically. Plus, time and temperature controls are also now an essential part of a central heating system under the Boiler Plus legislation.

There is however a lot of confusion surrounding how to use central heating controls, likely due to the number of different types and models available. From boiler timers to programmable thermostats, we've outlined the most common heating controls and what they can do for you.

Before looking into the various types of boiler thermostats and central heating controls, it’s good to know how they can all benefit your home:

Turning your thermostat down by just 1 degree has the potential to save you £80 on your energy bills over the course of a year which could also see your carbon footprint reduced by more than 300kg annually too.


Get quotes to supply and fit a new boiler with smart controls.

We’re going to take you through each type of boiler thermostat and central heating control so you know how to use them in the most efficient way. 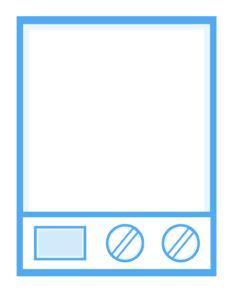 Your boiler is likely to have its own set of controls on the front of the unit, which is great for controlling your heating if your boiler is easily accessible but not so much if it’s been installed in a garage, loft or externally.

One of the simplest Your boiler itself will likely have simple controls including an on/ off switch. This will either turn both the heating and hot water off or one or the other. Being able to control them separately can be useful if you want to turn your heating off in the summer months but still require hot water. You may also have temperature controls on your boiler. These will allow you to alter the temperature the boiler heats its water to so it is a good idea to adjust this accordingly for both winter and summer. 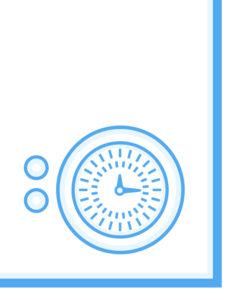 This mechanical type of timer allows you to control the times when your boiler is on or off. They will often be round, with the hours of the day (broken down into slots, usually 15 minutes) and tabs you can slide in and out of position.

While boiler timers can be used to control when the boiler turns on and off, they can’t be used to set the temperature. To do that, you’ll also need a separate temperature control, such as a thermostat.

Room thermostats with a dial 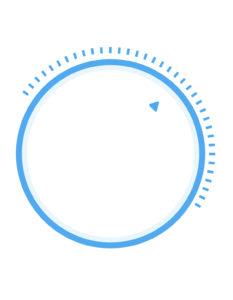 Thermostats need to be able to take the temperature of the air around them, so it's important to keep them clear of curtains and anything else that might block the flow of air.

There is a common misconception that turning your thermostat up will heat your home quicker. This won't actually work as your home will take the same amount of time to reach your required temperature, but will then continue to heat until it reaches the higher temperature you had raised it to. 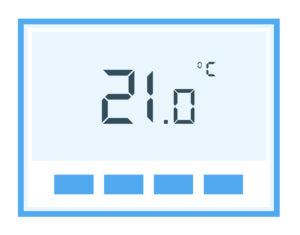 A programmable thermostat allows you to control when your heating switches on and off as well as set the temperature, all via a digital interface. Many models will let you have programmes created for weekdays and weekends separately to allow for different schedules.

Some of the more advanced options will allow you to enter a different heating schedule for each day of the week. 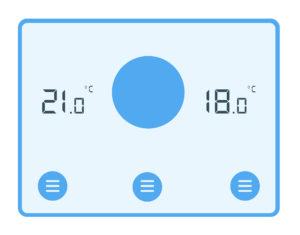 Smart thermostats offer the highest level of control over your home heating system. Whilst features vary between models, smart thermostats generally allow you to program and control your heating online or using a smartphone. Other features can include:

Some of the most popular brands are Nest, Hive and Honeywell. You can find a full guide to smart thermostats here. 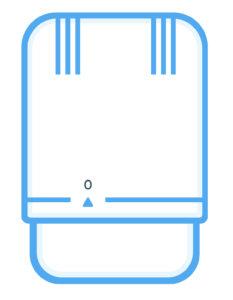 Whilst thermostatic radiator valves don't directly control the boiler, they can help to keep your rooms at a desired temperature.

Thermostatic radiator valves work by controlling the flow of warm water through the radiator, reducing it when the temperature reaches a certain level. They detect this temperature using the air around them, so it is best not to use covers on radiators which have thermostatic valves.

On the valve will be either a series of symbols or numbers (often 1-6) that represents the level of heat that will come from the radiator, with a setting of 3 normally giving the room a temperature of around 20°C.

It’s not a good idea to have a TRV fitted to the radiators in rooms that also have a wall-mounted smart thermostat as they will be competing to control the room temperature.

Also available now are smart radiator valves that you can connect to a smart thermostat to control the heat output of the radiator from a smartphone, no matter where you are.


Get quotes to supply and fit a new boiler with smart controls.

Many properties only have the ability to turn the central heating on and off for the entire property, with TRVs on the radiators to set the temperature.

Switching to a zonal heating system gives you much greater control over your central heating and will help to increase the potential savings on your energy bills.

In 2018, a new legislation was introduced to improve the efficiency of UK homes. Under the legislation, known as Boiler Plus, all gas and oil boiler installations must now include time and temperature controls.

Combi boiler installations will also need one of the following:

What is weather compensation?

With a weather compensation kit, your boiler will be aware of the temperature outside. This allows it to set a flow temperature that will keep your home at a comfortable temperature. So your heating system will be able to run more efficiently, saving you money.

All modern condensing boilers have a Flue Gas Heat Recovery System. Since April 2005, all new gas boilers must be condensing by law. So, if you’ve had a new boiler fitted since then, it should be a condensing boiler. If you haven’t had a boiler installed since 2005, consider a boiler replacement.

When to have boiler controls installed?

It’s never too soon to give yourself more control of your central heating and domestic hot water by upgrading your current controls or purchasing new ones.

If your existing boiler was installed more than 8 years ago then it’s about time you considered a replacement and having a new boiler installed is the most cost-effective time to have new controls fitted. That way, you’ll benefit from a more efficient heating system and have more control over it to increase the efficiency even further.

Using Boiler Guide, you can get free quotes for boiler installation from fully-qualified engineers in your local area by taking a few moments to complete our simple online form.

Up to 3 boiler installers will get in touch with you, each providing a quotes for you to compare, giving you the greatest chance of finding the most competitive price.