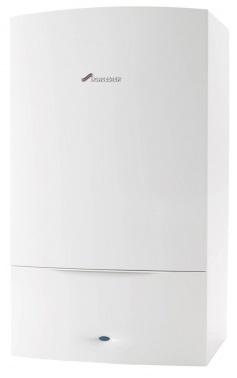 Average based on 2 reviews

Need a repair instead? Get a repair quote
4.5/5

Average based on 2 reviews

DISCONTINUED. This boiler is now discontinued by the manufacturer but can still be used in the Comparison Tool.

The Greenstar 42CDi Classic is a highly reliable condensing combi gas boiler that’s been designed and manufactured by Worcester Bosch.

How efficient is this boiler?

Worcester Bosch have designed a highly efficient boiler with the Greenstar 42CDi, as shown by the seasonal efficiency of 92% and ErP A-rating for heat. It also has an ErP A-rating for water too thanks to a high flow rate of 15 litres per minute.

Is this boiler suitable for my home?

This boiler comes with an output rating of 42kW making this unit suitable for larger homes with a high demand for heating and hot water as well as those homes with two or more bathrooms.

Is a combi boiler the right choice for my home?

Combi boilers supply hot water and heating on demand using the mains water supply. This means you don’t need to have bulky tanks or cylinders - perfect for smaller homes and properties where space might be limited.

What features does this boiler come with?

The many features of the Greenstar 42CDi Classic include a simple boiler control knob, a clear temperature display, an inbuilt keyless filling link making it easy to refill your system, a low energy pump to reduce electricity usage, frost protection for maximum protection through the cold winter months and a large condenser style siphon to eliminate frost risk.

What options comes with this boiler?

The Greenstar range of boilers have many options to help you find the most suitable model for your home. In addition to the 42 kW boiler, there’s also 29 kW, 34 kW and 38 kW units and there’s the option of natural gas or LPG.

Will this boiler save me money?

Thanks to being highly efficient, this Worcester Bosch boiler can help to reduce your energy bills, as well as your carbon footprint. Plus, as a compact unit, you’ll be saving money straight away as this should reduce the installation costs.

Where can this boiler be placed?

Worcester Bosch have designed their Greenstar boilers to be flexible when it comes to finding a place to be installed. As wall-mounted and compact units, they’re able to fit within a standard cupboard to be kept out of sight and out of mind.

How long is the warranty period?

Available with a 2 year warranty as standard, that can be extended to 7 years when installed by a Worcester Bosch accredited installer, you’ll be well covered by the manufacturer after the installation.

We've just had fitted a Worcester 42 Cdi Classic boiler fitted after understanding that flow rates would allow for two showers to run at the same time . Whilst its a great boiler re heating weve been disappointed that two showers cannot run consistently at the same time and when both are switched on the temperature of water varies considerably . With one shower on the water temperature is great but as soon as a tap or another shower is run the fist shower goes cooler to cold . Not sure why as everything else including water pressure to the house is fine . Would have been a five if the two shower runs worked OK.

Boiler Install
The installation of our new boiler went very well and the installers, Karl an...
Alex Bruce

Deciding On A New Boiler
Boiler Guide provided us with 3 companies to help us in deciding on a new boi...
david